In this part of this series, we will create a proof that our assignment satisfies the circuit we constructed in Part 1. We will convert our circuit and our assignment into polynomials and commit to them using Kate commitments and the structured reference string we created in Part 1. This will give us a list of elliptic curve points (along with a few field elements) that will serve as our proof.

To follow along with this part, you will need the parameters we set up from Part 1. In this part, we will cover matrix arithmetic, polynomial interpolation, roots of unity, cosets, and we will do some massive polynomial arithmetic. Our elliptic curve group from Part 1 has order 17. Since our proof will consist of elliptic curve points, the field we will be working over as we construct the proof is $\mathbb{F}_{17}$. All of the arithmetic in this section will be done in $\mathbb{F}_{17}$.

Some of the arithmetic we'll do is very tedious, so you may want to use some help from a calculator like WolframAlpha.

In order to use this tool we'll have to convert the vectors that define our circuit and assignment from Part 1 into polynomials.

Above, we used ${0,1,2}$ as the domain for our target polynomial, but any domain can be used. In PLONK, the domain that is used for polynomial interpolation consists of roots of unity. The $n$th roots of unity of a field are the field elements $x$ that satisfy $x^n = 1$.

Later, we will need to label all 12 of the values in our assignment with different field elements. To do this, will use the 4 roots of unity $H$ along with two cosets of $H$. We can get these cosets by multiplying each element of $H$ by each of two constants: $k_1$ and $k_2$. The constant $k_1$ is chosen so that it is not an element of $H$, and $k_2$ is chosen so that it is neither an element of $H$ nor $k_1H$. This ensures we have 12 total field elements to use as labels.

Interpolating Using the Roots of Unity

Now that we have a suitable domain $H = {1, 4, 16, 13}$ we can begin interpolating the polynomials defining our circuit. Interpolation can be done by solving a system of equations which can then be modeled with matrix arithmetic.

The system of equations can be rewritten as a matrix equation and solved by computing an inverse matrix.

The matrix from the last step above does all the work of interpolation for us, and will work for any vector of length 4 over the domain $H$.

The circuit we created in Part 1 isn't quite enough to completely rule out incorrect assignments. This is because our gates are essentially disconnected from each other. The output of the first gate (9 in this example) is supposed to be the left input of the final gate, but nothing in our four gate circuit enforces this. This is where copy constraints come in. Copy constraints connect the variables between gates by forcing them to be equal.

Here are the copy constraints that complete our Pythagorean circuit:

The constraint equations in the leftmost column can be thought of as a mapping between labels from our cosets. The outputs of the mapping are collected into three vectors $\sigma_1$, $\sigma_2$, and $\sigma_3$.

With these interpolated polynomials we are ready to construct the proof, which occurs over five rounds.

With the preceding calculations complete, we can move on to the first round of the Prover protocol. During each round of the protocol, we create some polynomials out of the ingredients we've already computed and typically evaluate the polynomials at some point.

Round 1 of the protocol tells us how to encode our assignment vectors $\mathbf{a},\mathbf{b},\mathbf{c}$ for later use.

Here is what we need for Round 1:

Next we'll generate six random elements of our field using a twenty-sided die. These field elements provide some hiding for our polynomials.

Here is the calculation of $\left[a(s)\right]$ using the SRS from the setup phase and the "cheat" from above:

We repeat this for $\left[b(s)\right]$ and $\left[c(s)\right]$ and output all three points. These points are commitments to polynomials representing our chosen assignments to the Pythagorean circuit.

Round 2 is about committing to a single polynomial $z$ that encodes all of the copy constraints we discussed earlier.

Here is what we need for Round 2:

For simplicity, we will imagine an interactive protocol where the Verifier sends these challenge values to the Prover.

The Verifier chooses random $\beta$ and $\gamma$ and sends them to the Prover.

The polynomial $z$ is constructed from an accumulator vector that is defined like this:

Notice each accumulator value is multiplied by the one before it. Also, because of the way we defined the $S_\sigma$ polynomials earlier, many of the factors in the numerator and denominator will cancel out. For instance, since $b_2$ = $a_2$ and $S_{\sigma_1}(4) = k_14$, the factors $(b_2 +\beta k_1 \omega^1 + \gamma)$ from the numerator exactly equals $(a_2 +\beta S_{\sigma_1}(\omega^1) + \gamma)$ from the denominator and will cancel out. Typically there will be some factors remaining that do not cancel.

Here is the accumulator vector computed for our assignment and challenge values:

The accumulator vector is interpolated into a polynomial $acc(x)$ and this is used to create the polynomial $z$. Then $z$ is evaluated at the secret number $s$ using the SRS from the setup.

Next comes the most massive computation of the entire protocol. Our goal is to compute the polynomial $t$, which will be of degree $3n+5$ for $n$ gates. The polynomial $t$ encodes the majority of the information contained in our circuit and assignments all at once. Here is the procedure for Round 3:

Ther Verifier chooses random $\alpha$ and sends it to the Prover.

Some of the polynomial computations in Round 3 are very large, even for a small circuit like ours, and doing them all by hand is time consuming. If you are following along, you may want to use WolframAlpha or some other tool for this polynomial arithmetic. To keep in the spirit of PLONK by Hand, the first product of polynomials in $t$ is computed by hand below. The rest is done with computational help.

Multiplication is done term-by-term to yield monomials for each term. Terms on the diagonals that run from the lower-left to upper-right have the same degree and can be summed.

Now we use a calculator to get the rest of the pieces of $t$. Note that first we actually find $t(x)\cdot Z_H(x)$. We will divide out $Z_H(x)$ later in one step. To save space on the page we are representing each polynomial as a vector of its coefficients from lowest to highest degree. The four $t_i(x)Z_H(x)$ polynomials near the end of this reference correspond to the four lines of the definition of $t$ given above. You can check that these four polynomials add to the $t(x)Z_H(x)$ given on the final line.

Now we divide $t(x)Z_H(x)$ by $Z_H(x) = x^4 -1$ using an algorithm similar to synthetic divsion. Since $Z_H$ is such a sparse polynomial this division is very easy. Working right to left, take each coefficient and add the coefficient directly below it from the quotient. (If there isn't a coefficient there, consider it $0$). Write this sum in the quotient underneath the coefficient 4 spaces to the left of the original. Here's a diagram showing this division:

It turns out that for $n$ constraints, $t$ will have degree $3n+5$, which is too large to use the SRS from the setup phase in Part 1. However we can break $t$ into three parts of degree $n+1$ each. Each of these polynomials will use $n+2$ coefficients from $t(x)$. After dividing into three parts, we evaluate each part at $s$ using the SRS.

In Round 4, we create a polynomial $r$ that is a kind of partner to $t$, where many of the polynomials that were included in $t$ are replaced by field elements that are evaluations of those polynomials at a challenge value $\mathfrak{z}$.

Here is what we need for Round 4:

First the Verifier chooses a random $\mathfrak{z}$ and sends it to the Prover.

First we compute the opening evaluations of our polynomials at $\mathfrak{z}$. We show the computation for $\bar{a}=a(\mathfrak{z})$.

With these elements we can construct $r$ with out much trouble. Here is the full computation of $r$:

Now we add all the pieces together to get $r$.

Now we output all the opening evaluations we computed in Round 4.

We're nearly done! In Round 5, we create two large polynomials that combine all the polynomials we've been using so far and we output commitments to them.

The Verifier chooses a random $v$ and sends it to the Prover.

First we compute $W_\mathfrak{z}$. If you look carefully at the big sum on the right side, there are seven rows of polynomials each multiplied by a power of $v$. Each of these rows should have $\mathfrak{z}$ as a root. That means we should be able to evenly divide the whole sum by $x-\mathfrak{z}$ with no remainder.

We will compute the big sum first, then use synthetic division to divide by $x-\mathfrak{z}$. The polynomials are aligned so that the sum of each column gives the result on the final line.

Then we divide by $x-\mathfrak{z}$ using synthetic division.

Now we compute the second polynomial $W_{\mathfrak{z}\omega}$, which will also require synthetic division. We evaluate each polynomial at the secret value $s$ using the SRS and output the two results.

We have now computed every element we need for the proof, called $\pi_{SNARK}$ below:

We'll use the the values for each of these components we computed earlier and send them to the Verifier as the completed proof.

Finally we have a proof! In the next section we will verify the proof using an elliptic curve pairing. 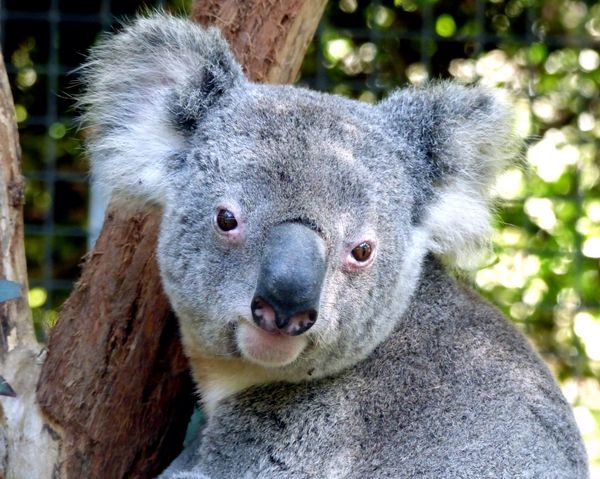 In this last part of the series PLONK by Hand, we will verify that the proof (constructed in Part 2) can be accepted. 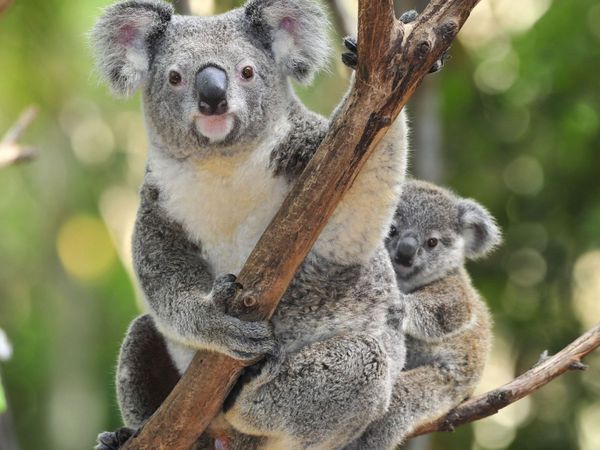 This article will explain how to execute a PLONK zero-knowledge proof system completely by hand. In particular we will show how to choose parameters, run a trusted setup, and convert a statement into a PLONK-style circuit by hand.