In principle, any existing polynomial IOP can be used with the DARK commitment scheme, but the best parameters are achieved by using the PLONK IOP (suggesting that the name "SuperPLONK" might have been more appropriate than Supersonic; "SuperPLONK", however, is not to be confused with TurboPLONK, an entirely separate improvement to PLONK).

For the purposes of Supersonic, we will care about groups of unknown order: groups $\mathbb{G}$ where $\text{order}(\mathbb{G})$ is hard to compute from the description of the group. The two main candidates are large cyclic subgroups of RSA groups and Ideal Class Groups. An RSA group is the multiplicative group mod $pq$ where $p,q$ are large primes, $\mathbb{Z}^{\times}_{pq}$. The order of an RSA group is difficult to compute without knowing $p,q$ and therefore if $p,q$ are discarded, the order is unknown (the "trusted" part of the setup is discarding $p,q$). Ideal class groups are discussed later, but also have unknown order without a trusted setup.

How commitments are used

A polynomial commitment scheme with these properties is called homomorphic.  We will now quickly observe that these properties are enough to allow the prover to evaluate $f(x)$ for the verifier and also confirm that $f(x)$ is low degree.

Let's look (at a high level) how we might use a homomorphic polynomial commitment scheme to evaluate the polynomial $f(x) = 4x^3 + 3x^2 + 2x +1$ at the value $10$, using only commitments and evaluations from the prover. Consider the following recursive protocol to evaluate $f(x)$ at $x=10$:

Since the recursion halves the degree of the polynomial at every step, the depth of this recursion is logarithmic in the degree of $f(x)$. However, because it evaluates two polynomials recursively, this protocol has linear complexity. We can improve it to be overall logarithmic in the degree of $f(x)$; instead of evaluating both $f_L(x)$ and $f_R(x)$ at $5$, the verifier asks the prover to evaluate $\alpha f_L(5) + f_R(5)$ for some random $\alpha$. By having the prover commit to $f_L(x)$ and $f_R(x)$, and send $f_L(5)$ and $f_R(5)$ before the verifier chooses $\alpha$, with high probability, the only way the verifier will accept the prover's evaluation $f_L(5)$ and $f_R(5)$ is if they agree with the evaluation of $\alpha f_L(5) + f_L(5)$:

There are some technical details not described here (for example, the distribution of $\alpha$) but we will address those later. The important thing is that the prover can compute the values $f(10)$, $f_L(10)$, and $f_R(10)$ for the verifier, and the verifier can (recursively) check that those values are accurate from the commitments. Since the prover computed and sent $f_L(10)$ and $f_R(10)$ before $\alpha=2$ was chosen, if the prover had lied about the evaluations of $f_L(10)$ and $f_R(10)$, then it is very unlikely that $2 f_L(10) + f_R(10)$ will (by chance) result in exactly the same number as running the evaluation protocol on $\alpha f_L(x) + f_R(x)$ at $x=10$. On the inductive assumption that the evaluation protocol works for lower degree polynomials (it must work for degree 0 polynomials, as the prover simply opens the commitments) then the evaluation protocol will work for higher degree as well.

Some readers may note a similarity to the hash-based FRI polynomial commitment scheme used in STARKs, which divides polynomials into two polynomials of half degree based on even/odd powers.

Note that generally our polynomial $f(x)$ has coefficients from $\mathbb{Z}_p$, a finite field. In order to evaluate $f(x)$ at an integer, we will "lift" every coefficient from $\mathbb{Z}_p$ to an equivalent element of $\mathbb{Z}$ which, when taken mod $p$, results in the original coefficient. However, for technical reasons, we will not want to lift a coefficient mod $p$ to an integer in the range $\{ 0, 1, 2, \ldots, p-1\}$, but rather to an integer in the range $\{ \frac{-(p-1)}{2}, \ldots, -1, 0, 1, \ldots, \frac{p-1}{2}\}$. This is because the coefficients may grow (in absolute value) every time we do a homomorphic operation, and when the prover finally opens the constant degree polynomial, the verifier can check that the coefficients were in the original range $\{ \frac{-(p-1)}{2}, \ldots, -1, 0, 1, \ldots, \frac{p-1}{2}\}$ based on the opening. (The situation also becomes nuanced when ideal class groups are used; we ignore the technical details of the encoding and refer to the original paper)

So given an encoding of polynomials as integers, we want an homomorphic integer commitment scheme to go along with that.

Enter the DARK integer commitment scheme, when given a large cyclic (sub)group $\mathbb{G}$ and generator $g \in \mathbb{G}$. To commit to an integer $i$, the prover computes $g^i$ and sends it to the verifier. Under plausible hardness assumptions in certain groups, it should be computationally hard for the verifier to recover $i$ from $g, g^i$. The group operation would also allow the homomorphic computation on commitments we want: $g^i g^j = g^{i+j}$ and $(g^i)^a = g^{ai}$.

Now, we also need that once the prover commits to $i$, it should not be computationally feasible for the prover to open $g^i$ to any other integer besides $i$. However, if the order of $\mathbb{G}$ is known, then the prover can open $g^i$ to any integer $i \pmod{ \text{order}(\mathbb{G})}$  because $g^i = g^{i + \text{order}(\mathbb{G})}$. Therefore, $\mathbb{G}$ cannot be a one of a number of commonly used cryptographic groups; most notably, it is computationally easy to compute the order of an elliptic curve group, so we cannot use elliptic curves here.

One possible group to use is the multiplicative group $\mathbb{Z}_n$ where $n=pq$ as used in the RSA cryptosystem, (or more accurately the group of quadratic residues mod $n$, which we will ignore for simplicity; see the paper for details). The RSA group has order $\phi = (p-1)(q-1)$. Computing this order is as hard as breaking RSA (note that if $\phi$ is known, then the RSA secret exponent is the inverse of the RSA public exponent mod $\phi$, so the Extended Euclid algorithm can recover the secret exponent from the public exponent and $\phi$. Additionally, $p$ and $q$ can be computed from $\phi$) Note that the RSA group (even of only quadratic residues) is not cyclic, so we could sample a random element $g$ and use the cyclic subgroup generated by $g$.

Therefore, if the prover does not already know $\phi$, the prover can use this group to compute $g^i$ and cannot open $g^i$ to anything but $i$ under plausible hardness assumptions. However, to generate $n = pq$ in the first place, two large primes $p,q$ had to be generated and multiplied together. The $p,q$ can be discarded once $n$ is computed (it is not necessary to generate the RSA secret key either) but nevertheless a trusted setup is needed to generate $n$.

An exotic alternative is to use the ideal class group of an imaginary quadratic extension of the rationals. As a reminder, the fundamental theorem of arithmetic says (roughly) "every integer uniquely factors into the product of prime numbers (up to order and multiplicity)". However, while this statement is true of the integers, it is not true of quadratic extensions. The classic example of this happens when we consider $\sqrt{-5}$. We can consider all numbers of the form $a + b\sqrt{-5}$ (denoted $\mathbb{Z}[\sqrt{-5}]$), where $a,b\in \mathbb{Z}$ are integers and $\sqrt{-5}$ is a complex number. Then the number $6$ then factors two different ways, $6 = 2 \times 3$ and $6 = (1 + \sqrt{-5}) \times (1 - \sqrt{-5})$.

(As an aside, there does exist an alternative to the fundamental theorem of arithmetic: every ideal in $\mathbb{Z}[\sqrt{-5}]$ uniquely factors into the product of of prime ideals. But we will not need this fact here.)

Now that the commitment scheme is hiding, we can make the evaluation of $f(x)$ zero knowledge. If $f(x)$ is degree $d$, the prover samples some polynomial $r(x)$ with random coefficients and commits to both $f(x), r(x)$. In order to evaluate $f(10)$, the prover instead sends both $f(10)$ and $r(10)$. The verifier responds with a random challenge $c$ and the prover and verifier both compute a commitment of $s(x) = r(x) + c \times f(x)$ (since the verifier has a hiding commitment to both $r(x), f(x)$ and knows $c$ the verifier can use homomorphic operations to get a hiding commitment of $s(x)$)

Since polynomial commitments are much smaller than polynomials (for DARK, one group element per polynomial) we achieve significantly smaller "proof" sizes for a polynomial IOP, while introducing a new assumption that it is computationally infeasible for the prover to abuse the commitment scheme to produce "proofs" of false statements (they may exist, which is why "proofs" with only computational soundness are more properly called arguments; but as long as arguments of false statements are difficult to construct, they serve all purposes we want).

The interactive polynomial evaluation protocol described above can be turned into a non-interactive argument (similar to other SNARKs) by the Fiat Shamir heuristic, which (essentially) uses a commitment to simulate the verifier's public coins to generate random challenges. Since the prover cannot (generally) computationally control the output of these commitments, the challenges constructed in this way (generally) preserve the soundness of the interactive protocols (although the details are quite subtle and addressed in other papers) against a computationally bounded adversary.

While Supersonic does not (quite) produce proofs as small as pairing based polynomial commitment schemes (or the ultra-small pairing based linear commitment scheme of Groth16), it comes with the advantage of logarithmic verification time (a novel feature of no trusted setup SNARKs), and the proof size is still somewhat practical compared to other no trusted setup SNARKs. Supersonic also allows batchable proofs and a faster trusted setup option (using RSA subgroups).

Further, since the DARK polynomial commitment scheme can be applied to any polynomial IOP, further optimizations of the IOP can result in immediate improvements of the SNARK.

Fractal is a new general-purpose zero-knowledge proof system (and no, it doesn't have anything to do with the fractals you're probably thinking of). This is a two-part in-depth dive into FRACTAL. 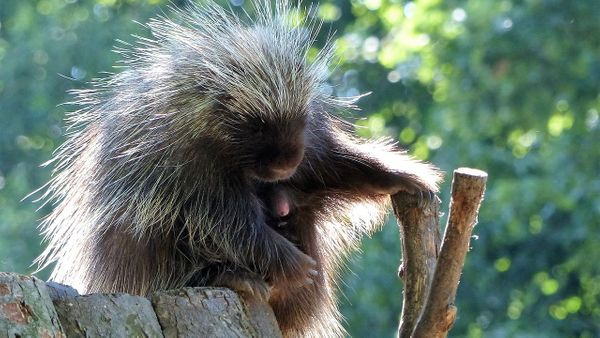 Part I of this blog post will review how Supersonic fits into the landscape of modern SNARKs and give context and background for the technical details in Part II.