In the previous post, we went over Fʀᴀᴄᴛᴀʟ at a very high level, describing its features and what kind of subprotocols we would need to make it work. This post is a little more dense and details how these subprotocols work.

In the previous post, we mentioned the need for some $u$ which is a vector of linearly independent polynomials. We could choose the entries to be something simple such as a power basis $1, x, x^2 \ldots$ but to give it a little more structure, we will choose the entries of $u$ to be the partial evaluations of the bivariate "diagonal polynomial on $H$"
\[ D_H(x,y) = \frac{Z_H(x) - Z_H(y)}{x-y} \]
as $y$ ranges over $H$. Two things to note about this polynomial are

The indexer $\mathbf{I}$ receives $\langle A \rangle$, the sparse representation of the matrix $A$, and computes a sparse representation of $A^\ast$, a matrix defined so that $M_{a, b}^\ast = M_{b,a} \cdot D_H(b,b)$. The reason for defining it this way is so that the interpolating bivariate polynomial $\hat{A^*}(x,y)$ is equal to the bivariate polynomial $\hat{u_A(x,y)}$ where $u_A(x, \alpha)$ is the polynomial entry in the vector $A \cdot u$ at the position indexed by $\alpha$.

This is the oracle that $\mathbf{V}$ gets access to.

If we're given a matrix $M$ containing mostly zeroes, it's to our benefit to find a way to represent the matrix so that we only need to store information about the nonzero entries (as much as possible). The way we do this is with a sparse matrix representation $\langle M \rangle$ which is a function defined over some set $K \subset \mathbb{F}$ whose values are all ordered triples of the form $(a, \ b, \ \gamma)$ with $a, b \in H$ and $\gamma \in \mathbb{F}$. So [assuming $M$ has at most $|K|$ nonzero entries], if for some $k \in K$ we have $\langle M \rangle (k) = (a, \ b, \ \gamma)$ then the entry in the $a, b$ position of $M$ is $\gamma$. Any entries not covered by the sparse matrix arithmetization protocol are zero.

This is where holography comes in. The matrices $A$, $B$, and $C$ are part of the index $i$. What makes this proof system holographic is that the verifier $\mathbf{V}$ does not have access to $i$. Instead, an indexer $\mathbf{I}$ will take $i$ and output a set of oracles that $\mathbf{V}$ can query. The benefit of this, is that it allows the verifier's runtime to grow sublinearly with the size of the circuit. Without holography (or some form of preprocessing) this isn't possible, because at the very least the verifier would have to read the entire circuit. A "preprocessing" SNARG is a SNARG where a preprocessing step is computed once for each index (i.e. it doesn't need to be repeated for each proof) and any holographic IOP can be converted into a preprocessing SNARG by taking the indexer's oracle and putting it into a Merkle tree. Then the root of this tree is published as the index's 'verification key'. After this step, the prover can be trusted to answer the verifier's (real or simulated) queries to the holographic oracle if it provides an authentication path that can be checked against the verification key.

The verifier splits naturally into two parts; one verifying the RS-encoded IOP and a second part that checks the transformation to a SNARG was done correctly.

Fʀᴀᴄᴛᴀʟ, and its predecessor Aurora, are difficult to compare qualitatively to other SNARKs and STARKs, and not just because of its unique achievements of post-quantum security and recursive composability. In almost every aspect of the construction above, the authors of Fʀᴀᴄᴛᴀʟ have come up with a solution or used fairly recent constructions tailored very specifically to their needs, from the RS encoding to the new hash function. In fact, every novel sub-protocol described in this post is required just to make the IOP work!

Juvix is designed as a smart contract verification and execution language, where efficient compilation is key, as otherwise any inefficient compilation to the primitives of a virtual machine on a decentralised blockchain will result in extra funds spent in order to execute any given program. 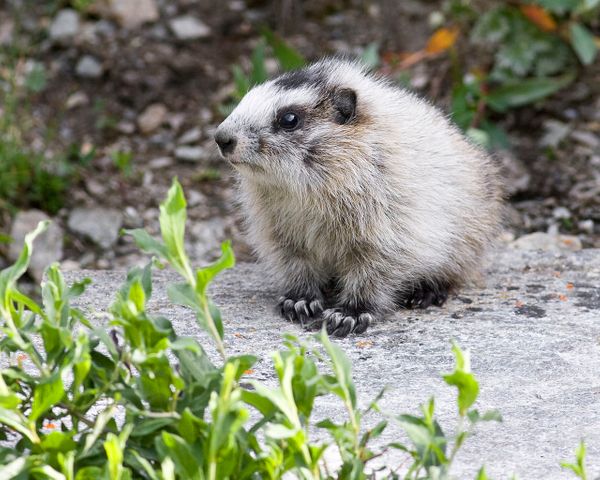 Fractal is a new general-purpose zero-knowledge proof system (and no, it doesn't have anything to do with the fractals you're probably thinking of). This is a two-part in-depth dive into FRACTAL.